When I shared information about a vigil last year, one response stuck out: Do we really need this? How often does it happen that we need to actually have this day?

In 2001, Andrea, a mother, murdered her five children. She drowned them, one after the other, because she thought they would go to hell when they got older. By drowning them, she was saving them, guaranteeing that they would go to heaven. She was convicted of murder, even after having expert witnesses testify that she was suffering from mental illness, including postnatal depression and apparent psychosis. Yates was sentenced to life in prison.

In this case, the sympathy goes to the children. They were innocent. They were babies. They were murdered by their own mother. She thought she was saving them, keeping them safe, making sure they had a good future. The public was outraged. How dare she think that she could decide what their futures would be like? Who cared if she was mentally ill? This crime was unthinkable – unforgivable!

The outrage was for the mother.

The state’s attorney said “this case was a tragedy for everyone involved and given the tragic extenuating circumstances, we felt that a term of probation rather than imprisonment was the appropriate sentence.”

The state didn’t want her to go to prison.

What were these “tragic extenuating circumstances”?

Courtney, the daughter murdered by her mother, had cerebral palsy and severe cognitive defects. She was 28 years old and required nearly constant medical care. She had been adopted by Bonnie when she was five years old. Bonnie adopted Courtney with the full knowledge of her medical needs.

Bonnie, instead of being thought of as a murderer who needed to go to jail for life, was instead praised. Her mother, father, sister, and friends discussed her great, boundless love for her daughter. They viewed her action as justified – as a mother trying to do right by her daughter, helping her daughter go to heaven.

In one case, the mother was viewed as evil. She had to be punished. It didn’t matter that she thought that she was savings her children and sending them to heaven. What she did was horrific and wrong.

In one case, the mother was viewed as a good woman. She needed sympathy. It was important that she thought that she was saving her child and sending her to heaven. What she did was kind and compassionate.

That is only one example out of many. The disability day of mourning website has lists of people with disabilities who were murdered by family members. They list them by age, by geographical location, and by year. The list they have is not complete, of course. They can only list cases that made it into the news, cases where the murderer is known, cases where the face that the victim was disabled appears in the news.

The disability day of mourning is meant to be a time to think about how we respond to these events. We are outraged when someone kills their child, unless we think that, somehow, the child caused undue stress on the parent. We find it a kindness that the parent was concerned about the child’s life, the child’s future. We praise the mother who murdered her disabled daughter because she wanted her to go to heaven; we condemn the mother who murdered her non-disabled children because she wanted them to go to heaven.

This is what I say when someone says to me: Do we really need this? How often does it happen that we need to actually have this day?

Yes, we need it. It happens more often than you think.

Yes, you. The mom with the stroller. Or maybe the soon-to-be-mom with the bun-in-the-oven look going on.

Wait, who the hell called it a bun in the oven? What kinds of buns do you have that get so big that they distort the oven itself and then burst free? I don’t think I ever want to eat at your house.

Anyway, yes, you! The one who either has children in strollers, a fetus that is currently acting as a parasite and destroying your body in ways that it will never recover from, or both.

I stole your parking spot.

First off, though, let’s be fair: it’s kind of weird that the library made *that* it’s go-to rallying cry that got two marked spots right up front by the door.

I mean, I know that there are a billion kid events, especially over the summer, but don’t pop ‘em out if you can’t bundle them up and drag them screaming into the library.

Please note: I didn’t specify if they were screaming out of joy or misery. I think that’s pretty dependent on the event, the kid, and a whole bunch of other kid factors, including whether or not they were able to share the dog’s food in the morning.

Second, if you’re going to put them there, then why right there? I mean, they’re next to the accessible spots. Do you honestly believe that anyone with a disability wants to deal with your screaming kids?

Again, no blame for why they’re screaming. Just saying that it’s a distinct possibility that they will be screaming.

Third, first come first serve, bitches. If I’m there, and if that spot is open, I have every right to it. There is no fine. There is no real reservation. Just a “please kindly listen to the sign,” which, being from New Jersey, I have absolutely no respect for.

Fourth, well, my fourth reason is my real reason.

There was a single accessible spot left, but there were two mother spots.

We have an accessible tag in the car for my son – he has disabilities, and while they are not physical, they do affect our ability to function in a parking lot at times. Like lately, with all the weather we’ve had moving in, the skies are filled with seagulls. And for reasons I don’t understand, the parking lots and skies are also filled with grackles. Big ass, bitchy ass, annoying ass grackles. They sit on cars, swoop down low, and even hide in the bushes.

And that’s the problem.

Simon is pretty much straight out terrified of them. If you’ve read my blogs over at Not So Simple Simon, you’ll see that he cannot handle birds when they are in quantity or when they seemingly threaten him.

So, back to the point: there were two mother spots, and one accessible spot.

I took the mother spot.

Come at me, bro. Just not with your screaming kids. 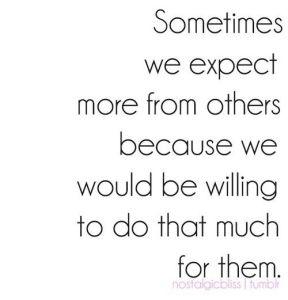 As the awesome singer/songwriter Emma Wallace once said, “Pumpkins don’t turn into a coach anyhow. But I still grow ‘em in my garden patch, though I should know better by now.”

The same thing can be true of family. I should stop expecting anything, but sometimes, it’s hard to realize that people that are supposed to care just don’t.

My son just turned 16 this past Sunday. He had a birthday party at Chuck E. Cheese because he loves it. Pictures of the events, showing him enjoying himself, went live on FB.

My sister saw the images. She even commented on one, noting how much fun he looked to be having. But she didn’t say happy birthday.

No one in my family did.

I admit, my family is pretty small: I only have a sister and a father, and I’m not exactly close with my father for various reasons, but just because I’m not close to him doesn’t mean that he can’t at least try to reach out to his grandson. His first grandson. His older grandson. He didn’t. My sister didn’t.

I don’t even ask for presents for him, although that would certainly be nice. But a simple “happy birthday” on FB, in a text message, or even during a phone call would make a difference.

Sending a card, I think, isn’t too big a deal either – a stamp costs less than $.50, and if you go to the Dollar Tree, you can buy a cute birthday card for $.50, too. A dollar. Spend a dollar. I don’t think that’s asking for a lot, really I don’t.

The problem with all these things, though, is that they all expect the person on the other end of the situation to set a date in their phone or write a date on a paper calendar. That’s the effort I think is lacking. The simple act of remembering.

So, it’s another year of nothing.

I should know better by now.