We all know about Mondays.

I was not having the best of Mondays. I’d missed my jewelry making class because my stomach was hating on me. I went out to lunch with husband because we had a coupon for a free burger – which he got since I’m a vegetarian and my stomach was upset anyway – and I got a baked potato and broccoli. Because food.

But then I had to run errands. Hit the post office, the library, all that good stuff. The kinds of things that make a day happy and cheerful.

I decided to go to the dollar store because I had some things I needed to buy, and I didn’t want to spend a lot of money. We’ve been super tight this month, to the point of figuring out which day of the month was the day we’d run out of money. We’d managed to sell something to keep us afloat, though, so we were going to survive.

So I’m in the dollar store, and there’s a guy in front of me. Huge cart full of goodies. It looks like he’s doing his general grocery shopping: cans of veg, pasta, sauce, tinned meat, paper towels. Nothing fancy. Nothing special.

The guy runs his card through the payment machine thingy, and after he does, the cashier says, “That makes your new total $6.84.”

The guy in front of me kind of freezes. He looks at his “wallet” (a collection of receipts and a card or two, all held together with a couple of rubber bands.)

There’s a single dollar bill showing in his wallet. A dollar. 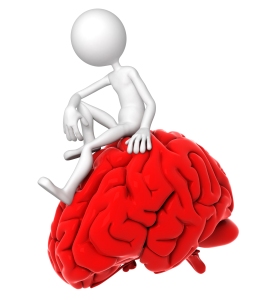 And my day, while it hasn’t been that great, and my month, which also hasn’t been that great, immediately make me think of myself. Awesome, I think. Now I’m going to have to wait in line while they get a manager and this guy forages through the already packed bags and figures out what to put back. Why does this always happen to me?

The cashier starts to call the manager, and I realize something. It’s not about me. It’s totally not about me at all. It’s about this guy, an older black guy, who is just trying to buy his groceries, but he can’t. He can’t even afford to shop for the week at the dollar store.

I have no idea how he’s going to react to a little white girl potentially being uppity, but I say, “Hey, uh, do you mind if I cover that for you?”

And he turned to me and was like, “That would be great! I’d really appreciate it. I don’t get my disability again until Thursday, and it’s not much. I could really use my groceries.”

I told him, “You know what? I was having a bad day, but it’s just turned around, so let me turn your day around, too.” Because the minute I stepped up and thought about someone else, and not me, it was a better day. I was happier. I was doing something for someone else. I wasn’t ignoring someone in need. I was making a difference. And, sure it was only in one guy’s life, but didn’t that matter?

We chatted for a few minutes after I paid, and he said something that made me pretty happy. He said, “See? There are good people in the world.”

And I thought, yeah, really. Everyone keeps talking about all the bad, and there has been a hell of a lot of bad, but there’s the old quote from Mr. Rogers – “When I was a boy and I would see scary things in the news, my mother would say to me, ‘Look for the helpers. You will always find people who are helping.”

I got to be one of the helpers.

I’m not here to toot my own horn (but, damn, I got an awesome horn to toot!), but I’m here to say – don’t look for the helpers. Be a helper. Even if it’s only $6 at the dollar store, it’s still helping someone.