Okay, so I have to admit that I have been lazy lately and not doing as much as I should be, in terms of exercise.  Some of it is from being busy, some of it is from being tired, and some of it is just poor time management skills.  I can own up to that.  (I don’t think today can count, though – I had gotten my book and was ready to get on the exercise bike when I started having an ocular migraine and all sorts of funky symptoms…apparently, in this case, my brain was against the thought of me exercise…)

Regardless, I’m finally up and moving after a few hours of intense pain – it’s still there, but I’m moving through it and hanging out in a mostly darkened room with coffee – and I decided to read some of the Houston Chronicle.  I started going through the “Health Zone” because, see above, I wanted to get back into exercise.

And there’s an awesome little section on page K8, “Gym Bag: Kayaking: Take your workout outdoors” by Sarah Rufea.  Apparently Sarah Rufea believes in doing things the “right” way.  And by “right” way, what I mean is the, “holy crap you better hope you have a bank account that you can drain” way.

Gosh, is that all?

Now, I realize that I’m not a Kayak fan, and I haven’t really gotten into the whole go down the river and try not to die kinda sports, but I have to think that I can find sandals for less than $100 and sun tan lotion for less than $25.  I know I can find a hat for less than $125, and PFDs for adults seem to start at $50 (although, as a safety item, there’s nothing wrong with spending a bit more than the minimum).  But $150 Coach sunglasses for Kayaking?  Really?  And when I google up some Kayaks, they seem to start around $200+.

Okay, so Kayaking isn’t a cheap hobby.  But I’m thinking I could get started for under $500 if I really, really wanted to run down the rapids (is that what you do in a Kayak?  Really, I don’t know…)

The Boy Scouts of America have still lost my support.

I used to buy popcorn from my neighbor’s son…then I found out that the boy scouts had kicked out a leader because, horror of all horrors, he was gay.  That’s right, he had the absolute gall, the nerve!, to not be in a heterosexual relationship.  Yeah.  So I had to stop buying the popcorn, even though it tasted good and even though I knew that my neighbor’s son was getting a lot out of boy scouts.  Because there was a problem.

The problem, as I see it, is that humanity has something wrong it.  Humanity can only think something is good if they can keep it from someone else.  It just makes it “more special” if you can withhold it from another person, regardless of the reason.  Kinda like a bully playing keep-away with a backpack in junior high.

Now the boy scouts have decided to go ahead and, if the vote is approved, allow scouts in if they’re gay, but, still, not gay scout leaders.

Honestly, there are only two ways for this to go.

If one is true, then why let those boys in during the decision-making time of life?  What if they – gasp! – “turn” the other boys gay, too, what with their wiley ways and hidden agenda?  Unless the scouts think that their awesome paramilitary organization will “change” or “fix” the boy.  (Although the uniform kind of implies a certain kind of fetish…but I won’t go there…yet.)

If two is true, then what difference does it make?  If someone is born gay, there is no reason whatsoever to ban a group based on something that they have no control over.  That would be like banning someone for having cross eyes or freckles.  And even the boy scouts can probably admit that’s stupid, although I may be overestimating their intelligence.

Regardless, the boy scouts have once against disappointed people with a brain, and I’m sad to see it happen.  Maybe eventually they will grow up and get over their own bullying discriminatory agenda and realize that sharing is better than excluding. 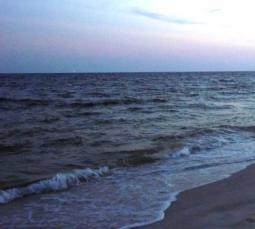 I really think my title says it all, but let me explain.

Second – the escape attempts (thus far) for the two bombers (alleged bombers? Maybe not so much at this point) have also been horrific.

The number of people terrorized, frightened, seriously injured, killed, or otherwise impacted is horrific, too.

Do you see the point I’m making here?  It’s all horrific.  And the bombers are crazy, obviously, because no sane person could do this while maintaining their sanity.  Even if they began sane, they lost is somewhere along the line.  (And while there’s an argument to be made here about sanity versus insanity and whether or not violent acts cause it or are the cause of it…well, that’s for another time.)

Because once I’ve made sure you understand that this whole thing is horrific, we get to the fact that some people are just assholes when things like this happen and the news comes out.

Yes, the bombers are immigrants.  They are brothers.  One received a scholarship from the City of Cambridge.

But…and here’s a big but…you can’t just turn around and say, “Those bastards needed to have gone home instead of taking all this from us and then attacking us.”  Because then you’ve started to move beyond just the two brothers.  You’ve moved into more.  Because, while I’m paraphrased this from a Facebook posting I saw on someone’s page – someone I used to think was intelligent and well-educated and tolerant of humanity – the immediate response from this person’s friend was that, yeah, people like that do it in other countries, too, and we need to get rid of these immigrants.

We need to somehow remove this “other” from our society, and so we say that all immigrants who get free things have no right to be crazy and attack us.   We call them terrorists, and I’m not arguing that, but there was talk of them being “homegrown terrorists” (i.e. Americans by birth).  Why make the distinction?  Why bring it up at all?  If someone is crazy and kills someone, their immigrant status should not matter, unless it’s a question of deportation.  Otherwise, if they are living here, and if they are being educated here, and if they are part of our society, they are part of us.  They are not other.

I just fear that this is going to turn into another witch hunt, where anyone who is not American by birth is going to be viewed with suspicion and hatred.  We have enough of that.  We need to understand that just because two immigrants did something bad, there are millions more that have not and never will.

Because, as the Ghandi quote as is currently circulating goes – “You must not lose faith in humanity.  Humanity is an ocean; if a few drops of the ocean are dirty, the ocean does not become dirty.”

Let’s try to remember that we are that ocean.  Don’t assume that all of it is dirty just because of a few specks of dirt.  (And it’s also worth taking the metaphor even further to point out that there will always be dirt in the ocean; it’s best to build up an immunity and work to clean it than to just wipe it out and suffer the consequences of a wide-sweeping action that we don’t understand the full import of…)

When I was a kid, no one ever knew what to give me as a present. They all knew I liked to read, though. So I would get books. Like the kind you would buy in bulk or find on the remainder table. Because it was too hard to ask what I liked to read. And people assumed that I would just read anything.

Well, yeah, they were right. I would read anything. One year, I got a book called “The Girl Who Wanted to Run the Boston Marathon.” And, it turned out, it was about lupus. (Yes, yes, I know, it’s *never* lupus. This time it was.) So the whole book was a massive downer. The girl was really a twenty-something woman, healthy as could be, who suddenly develops lupus and winds up in the hospital. And while she’d been prepping and ready to run the marathon, she’s stopped by this disease. But it all seems to be getting better, and she’s thinking she can run it, when, about ten pages from the end, she suddenly slips into delirium, becomes convinced the hospital is one fire, and jumps from the window, killing herself. And, yes, this was a YA novel. (Anyone else ever read it?)

Why am I thinking about that? I think you all know why. Because when tragedy strikes, it often reminds us of something else. And I mean no disrespect to the dead and wounded of the Boston marathon. I’m not comparing them to this fictional character who had a tragedy. But we so often connect to events through fiction, and to me, this book is the Boston marathon incident. It’s something that should have been good, but instead turned into tragedy. In the case of the book, it was something that just happened – in real life, someone made it happen. But is it really all that different?

So far, no one has claimed responsibility for the bombing. It’s just a random act of violence. Something that was inflicted against innocent people who were just going about their day, or in some cases, participating in something “bigger” than themselves.

I didn’t hear about it when it first happened. I was in meetings all day, and then someone came in and asked, “Did you hear about the Boston marathon?” And I could guess from her face that it was not exactly good news. But I hadn’t gathered how bad it was until I got back to my hotel room and could actually watch it on the news, see how horrific it was.

So while my heart and my thoughts go out to the people involved, I don’t want to say anything else about it beyond that because I don’t want the people responsible to get the pleasure of reading about the affect of their actions. I don’t think they should get to know how it makes people feel, beyond the physical suffering they can see. They can make us feel the suffering, but they can’t get my feelings to bolster their ideology.